The city of São Paulo was the fifth city in the world in 2013 with more pictures and videos posted on social media network application Instagram, according to a list of cities and popular places disclosed by the application on recently. Rio de Janeiro is now ranked seventh in the list of most “instragrammed” of the year. New York (United States), won the first position.

According to Instagram , application usage has grown in 2013 in Brazil, Indonesia and Russia. The company claims that 60% of app users are outside the United States.

In the “places” category, as in 2012, the most popular spot this year is in Bangkok, Thailand: Suvarnabhumi International Airport lost the post to Siam Paragon, a huge complex of shops, cinemas and aquarium. 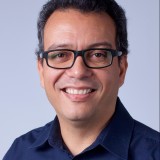 Originally from Brazil, Itamar Medeiros currently lives in Germany, where he works as Director of Design Strategy at SAP.

During his 7 years in China, he promoted the User Experience Design discipline as User Experience Manager at Autodesk and Local Coordinator of the Interaction Design Association (IxDA) in Shanghai.

This site uses Akismet to reduce spam. Learn how your comment data is processed.